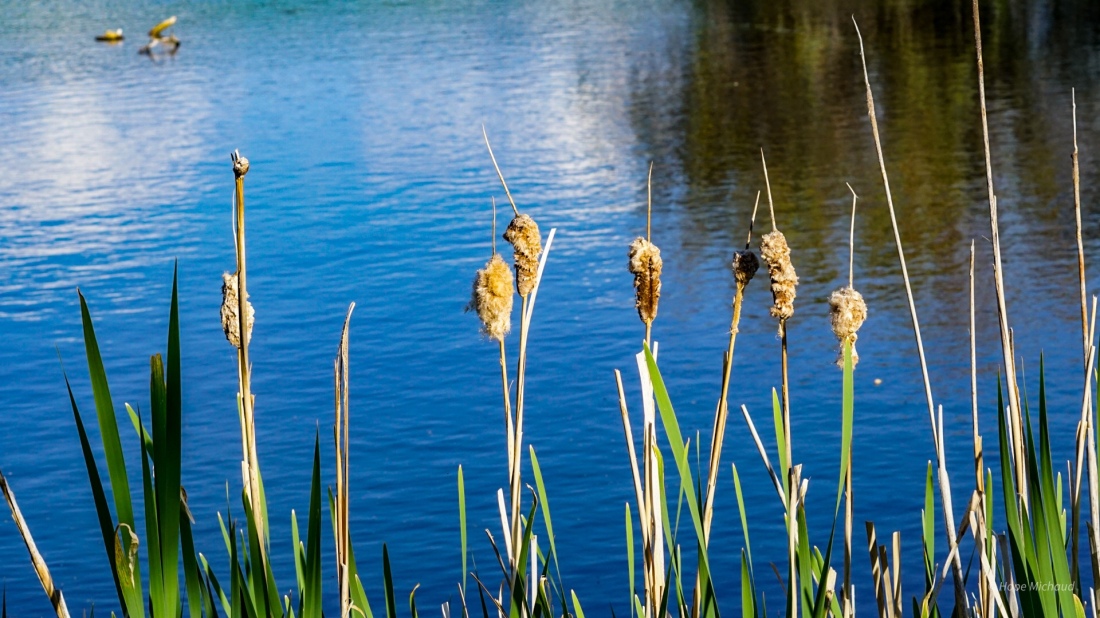 After freezing in the morning of our hike it warmed up to nearly 95 degrees, it was time for us to go and find some electrical hookups.  Westward we headed as we started making our way west to Washington State.  On our way we stopped at Quake Lake, which got its name when an earthquake caused a rock slide that closed off a canyon, dammed a river, destroying homes and an occupied in its wake. What started off as a clear, beautiful night, ended in terror for many. We had been there prior but stopped at the visitor’s center on the way through. 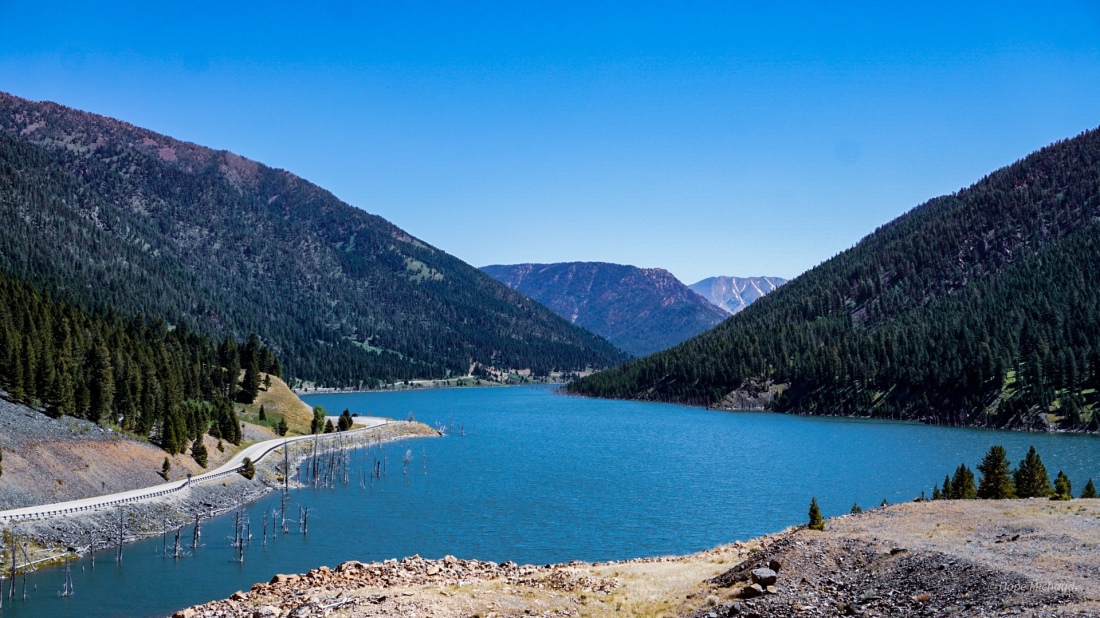 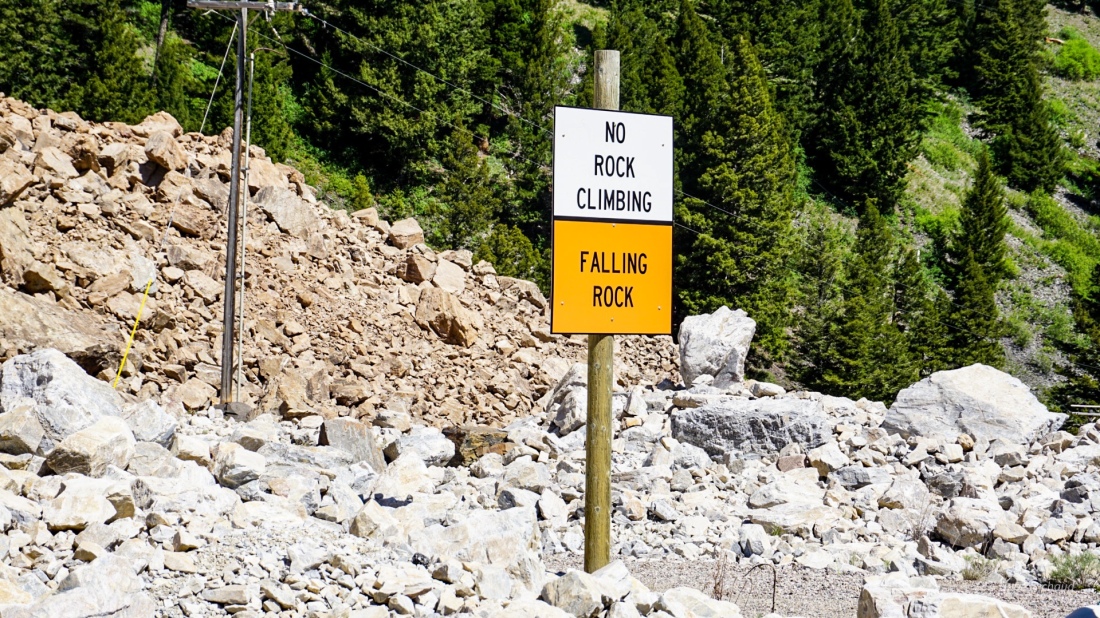 Since we had reservations at the next campsite, we weren’t concerned about stopping to smell the flowers. We ended up at Deer Lodge, Montana, where we had hookups and a laundry room.  We weren’t expecting much but this was one of the towns that surprised us.  First the campground we stayed at (Indian Creek) while it was on the interstate was easy on and easy off, but it also had hiking trail about 1.5 miles long.  We did what we always do when we get to a new place, learn the way of the land.  We were only supposed to stay one night, however there was a bit to do we added 2 extra nights on so that we could see the sites we wanted to see.

Deer Lodge is an little city in southwest Montana, where more museums and historical sites can be found there than any other town in the Northwest. In 1946 Deer Lodge Vally became part of the United States.    It is one of those towns thatO make you just want to stay, reminded me of our little town in North Florida. While on our first drive we saw and National Park Visitor’s Center so we knew we had to go back to get the National Park passport stamp.  Driving through the quant town we noticed the historic prison  so  we figured we needed to see that as well.  We stopped at a train depot that was by the prison, it had train engines from the Milwaukee Road Rail line commerating the completion of the railway to the Pacific, it was the location of the last spike.  But more importantly at least to me and Eris there was icecream to be had.  Eris had her very own scoop of vanilla ice cream. 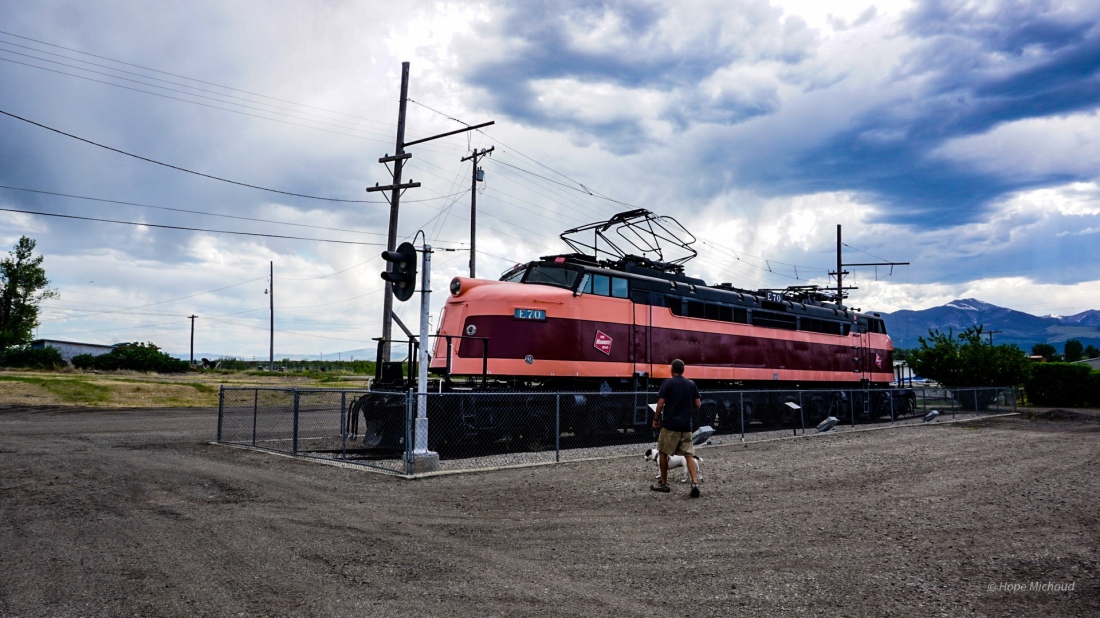 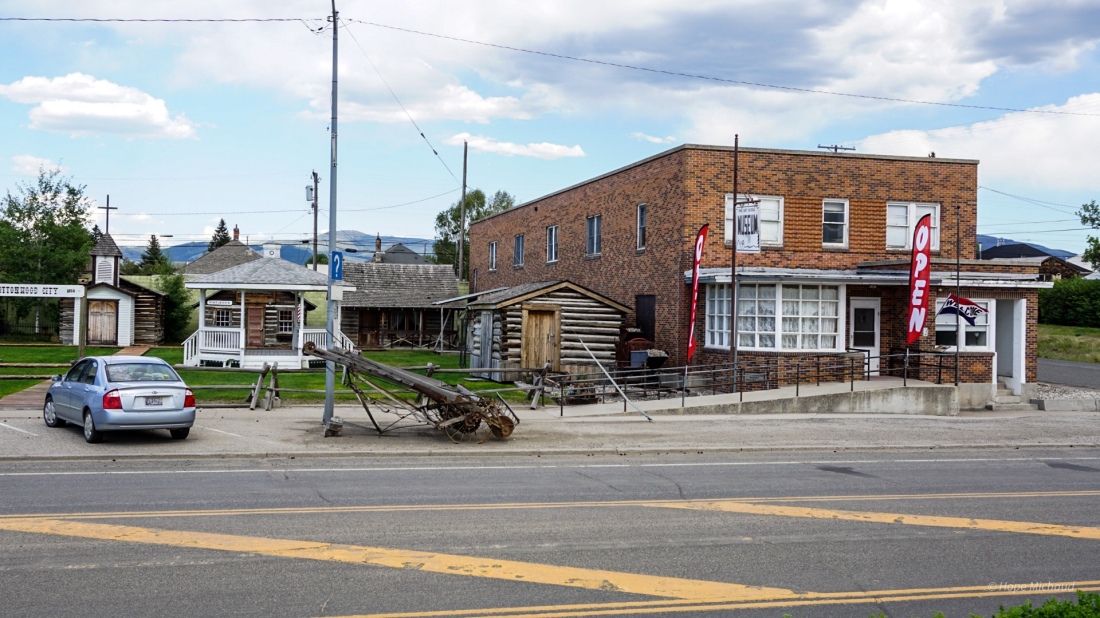 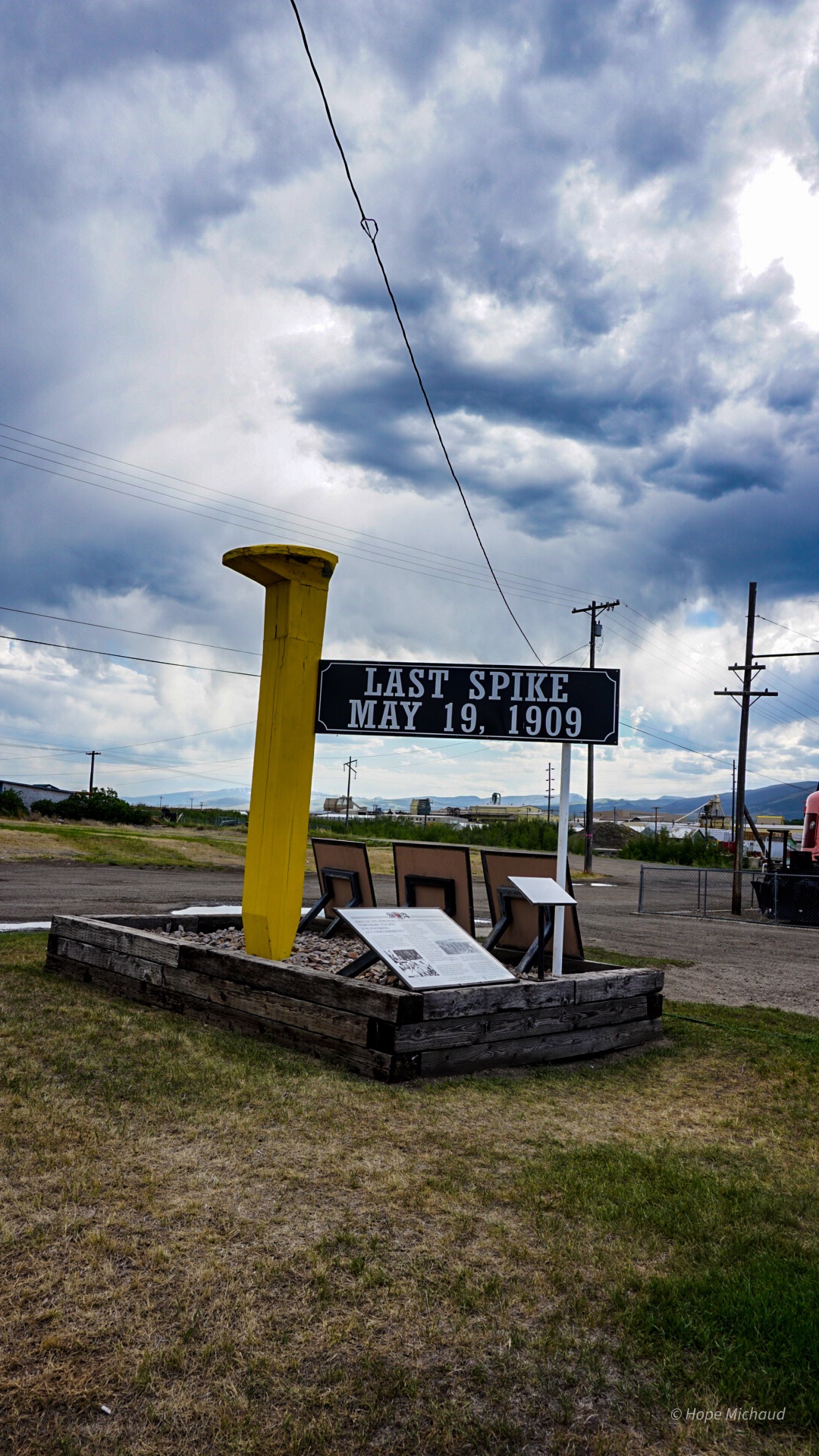 We came back and did the little hike from our campsite that took us down a little dirt path behind some houses that had a horse farm.  The next day after I did some work and had lunch we decided to go the Visitor’s Center.  We told Eris that we would be right back as how long could it take to look around and get my passport stamped.  Well we were pleasantly surprised.  Deer Lodge’s 1500 acre Grant-Kohrs Ranch National Historic Site not only had the stamp I was looking for but also took us nearly 3 hours to get through and we wished we would have started it earlier.  It shows the development of the cattle industry from the 1850’s to the current time.  The park rangers were cowboys and explained the chuck wagon and the meaning, how “cowboy’s” started, and what the differences between today’s cattle rearing and from the 1800’s.  There were rangers there acting the parts.  It is still a working ranch.  Never knew there was a ranch run by the government, but probably smoother. 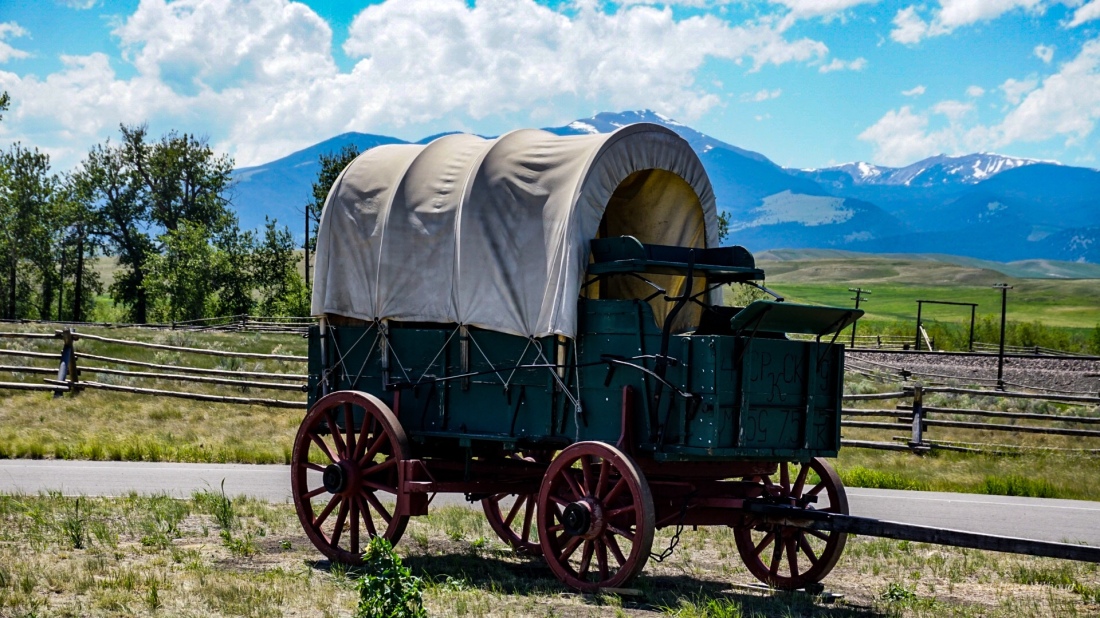 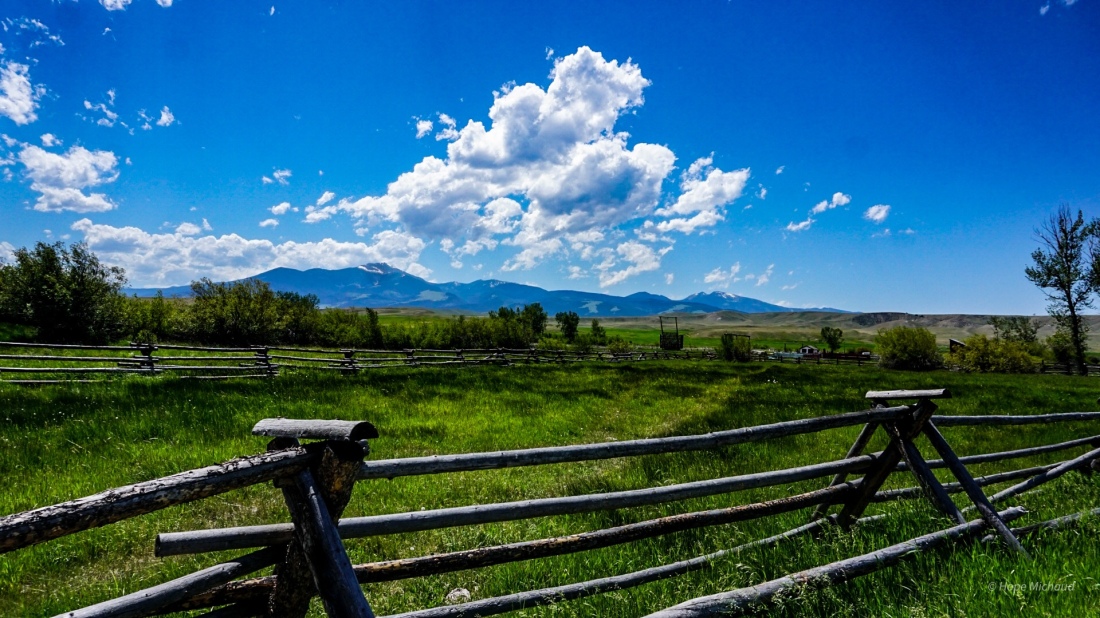 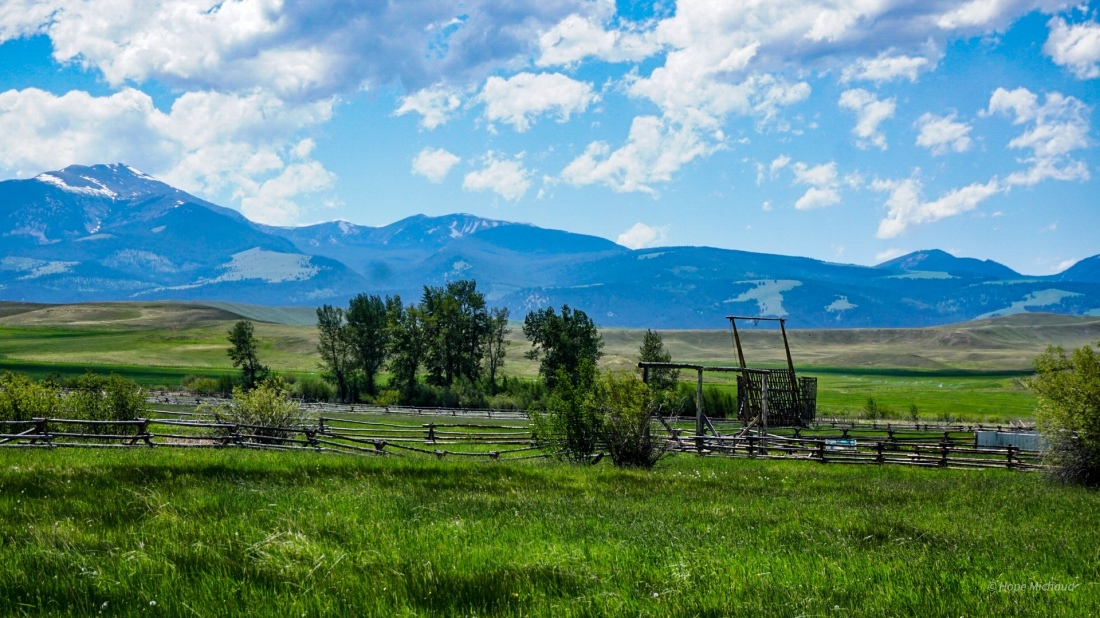 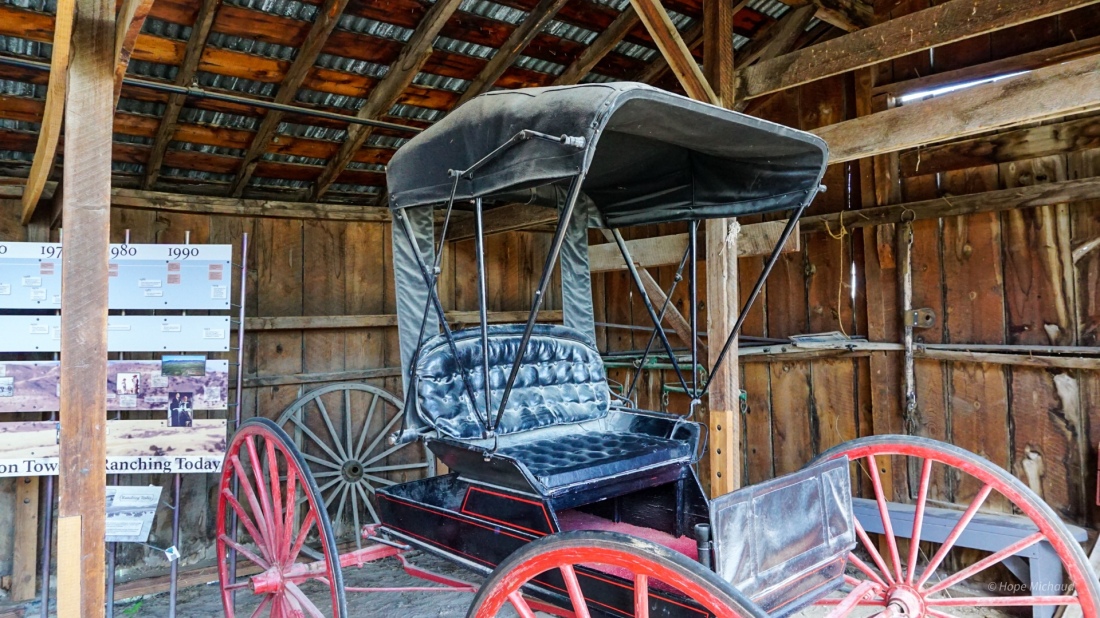 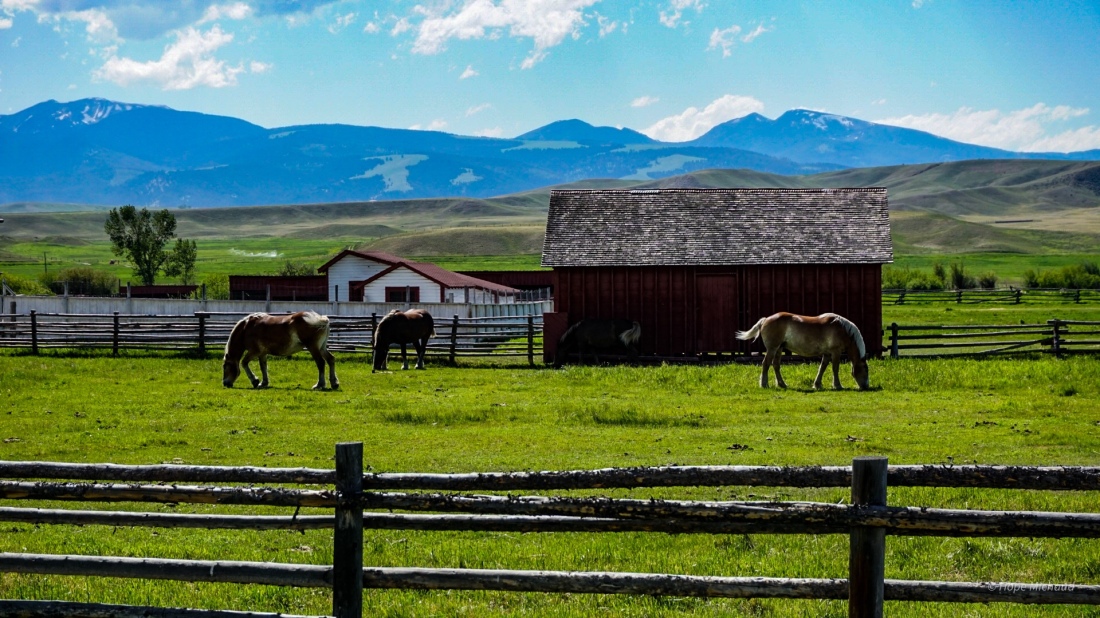 The next day we went to the Historic Prison (Territorial Prison), again it was one of those things that we thought we would be done quickly and again we were wrong.  The prison was called  Montana’s Teritorial Prison and it incarcerated it’s first person in July of 1871.  When going to the museum it cost’s $15.00 and it so worth it as it not only includes the prison but also includes the auto museum where the are hundreds of mint condition cars from the beginning of time, well of cars that is, it also includes the WW II museum and there was a little town Cottonwood (which had little homes and buildings from the the 1800’s.  At the prison they gave us a brochure which was numbered that explained what we were seeing.  There was some notable people that entered that prison and were numerous books about some. There were two riots at the prison 50 years apart.  The prison also has “ghost tours” basically they lock you up overnight, it sounded like a good idea during the daytime but after walking through the prison, they couldn’t pay me to spend the night there.  I am sure there are ghost’s there.  The auto museum was amazing and we spent probably another hour and half in there.  By the time we were done with the two museums we decided we needed to go home, because again we promised a certain canine we wouldn’t be long, so that was two days in a row we told her a fib. 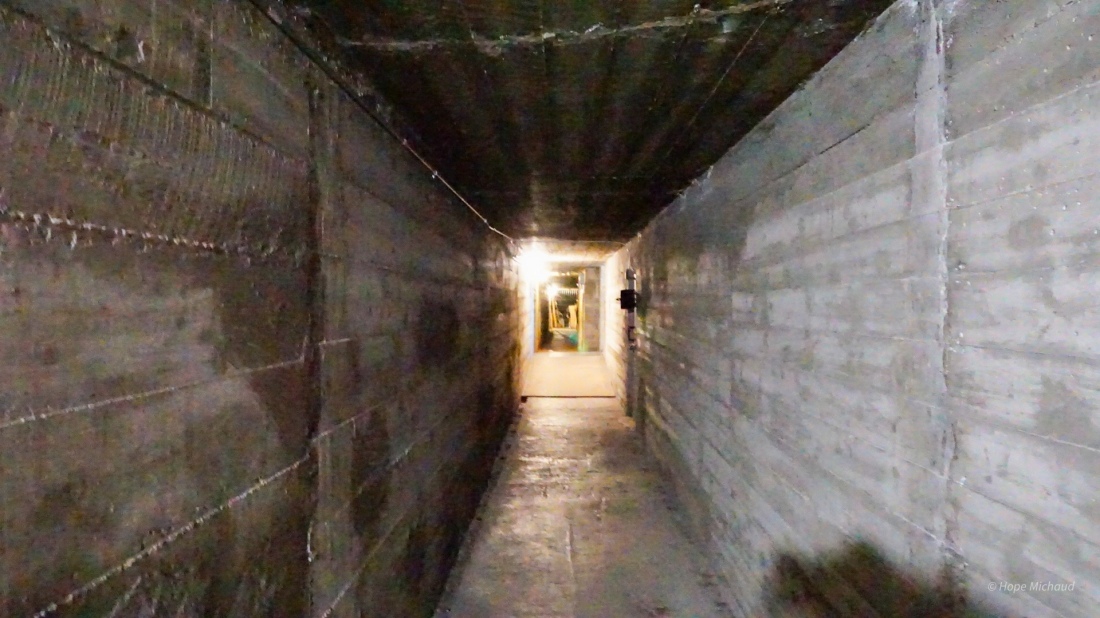 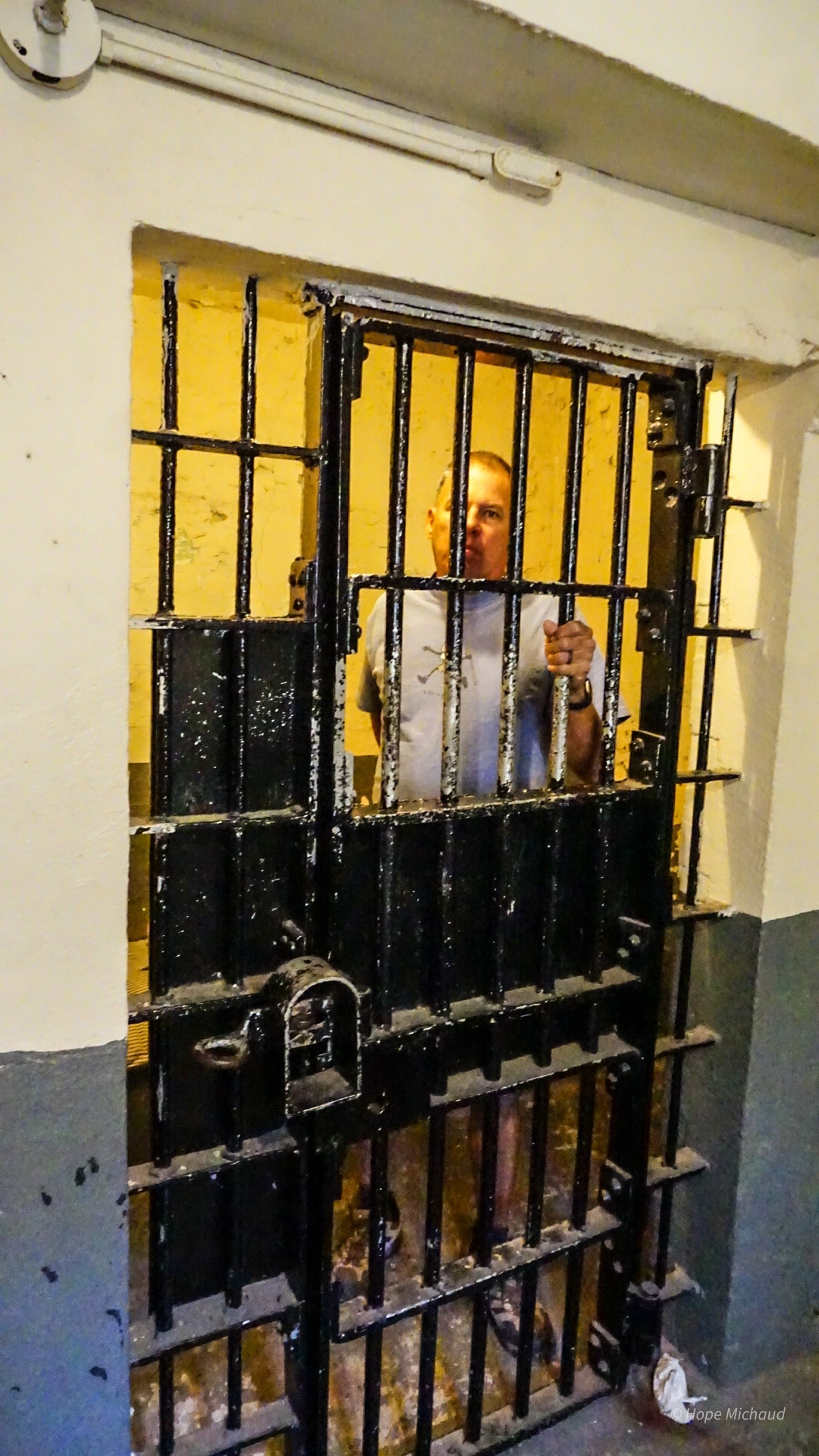 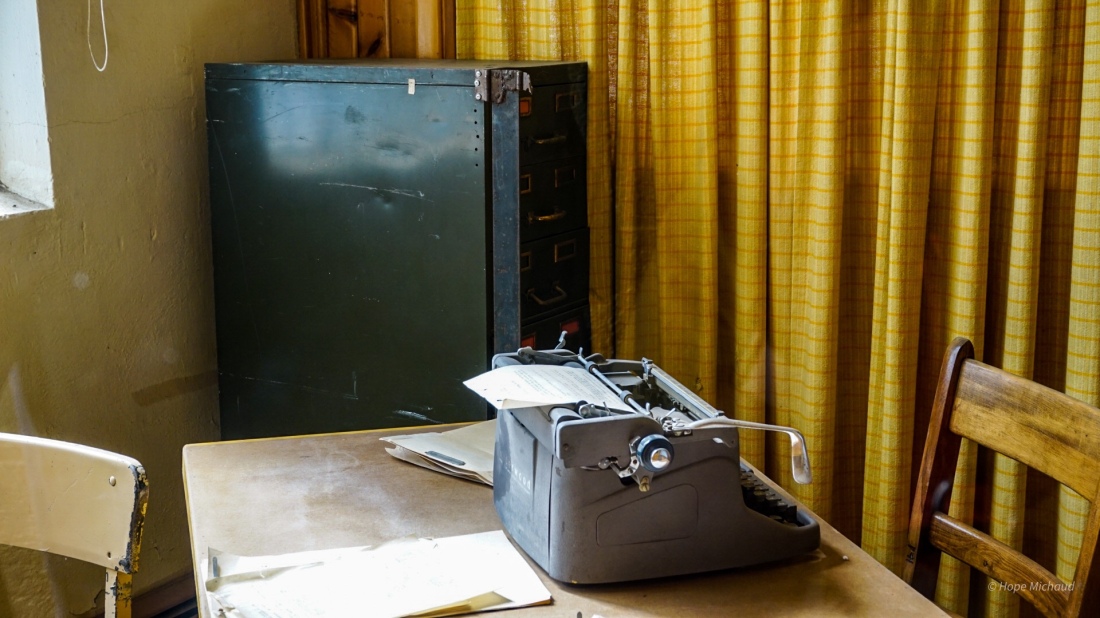 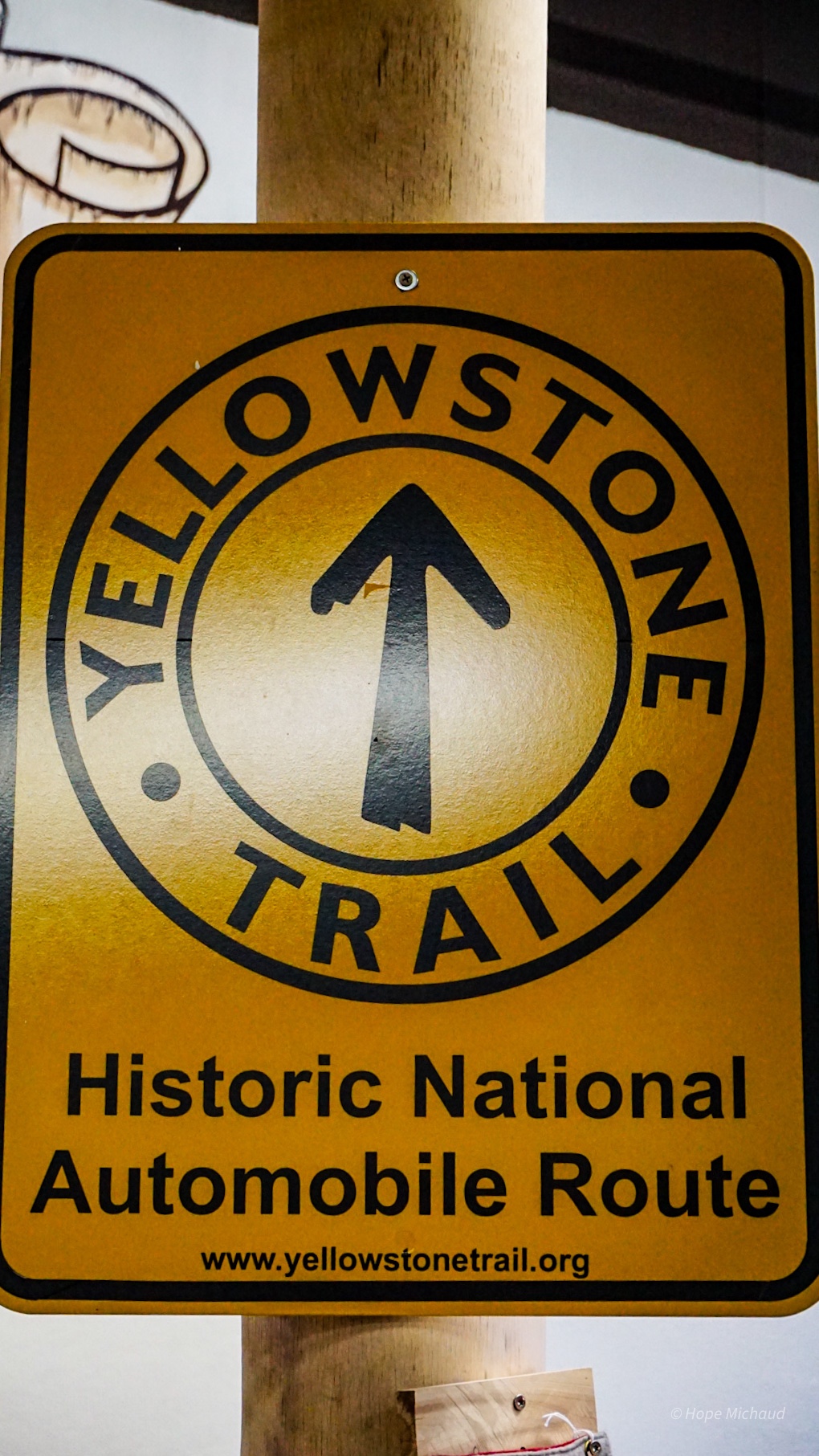 That’s is about it for our time in Deer Lodge, Montana, a nice little town with a lot of history, so if you are heading through make sure you stop for a quick visit but give it a couple days.

If you like this, please like and consider following us on our adventures as we continue to head west…next stop Missoula, Montana.

Until next week, keep exploring, discovering and dreaming,