After spending time in Nevada it was time to head back to Utah and what better place then Parowan Gap Petroglyphs. Several centuries ago Native Americans traveled the area and stopped and etched designs onto the smooth faces of the large boulders in this gap.  They are made by several cultural groups and represent long periods of use by Native cultures. It is still unknown what these drawings represent.  The Parowan Gap is listed on the National Register of Historic Places. The Petrogphys make for a interesting stop.  The gap is a 600 foot deep notch through the Red Hills caused by an ancient river. 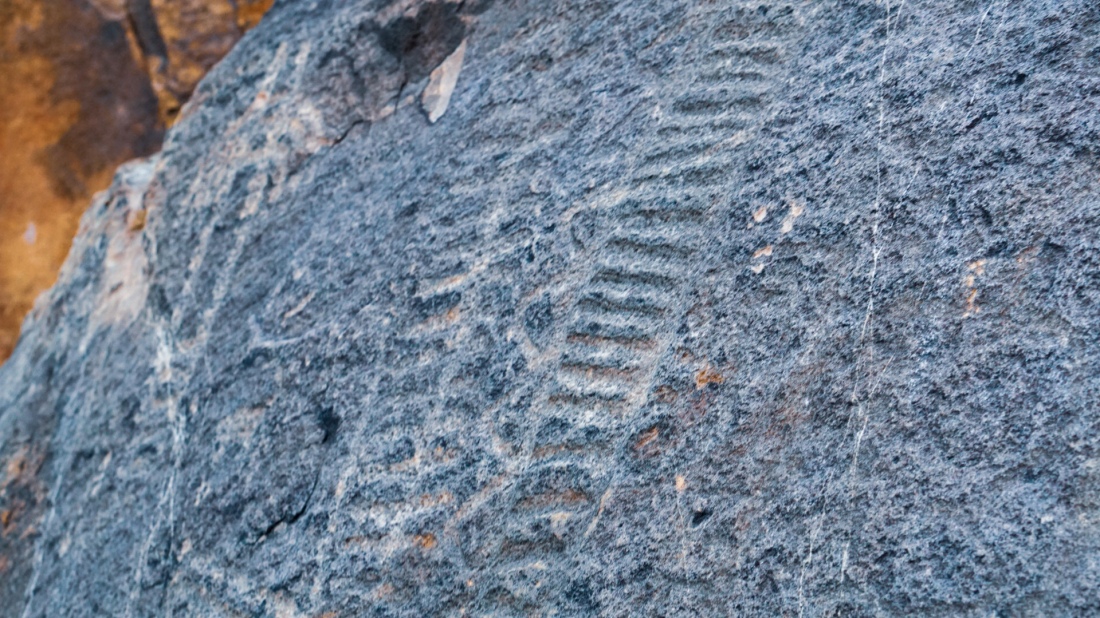 We had things to do in Cedar City, which is close (which we are learning the meaning of “close” is relative).  Anyway, we were able to get an additional AT&T hotspot to give us more access and get some groceries.  We had some really good pizza, almost as good as Cappie’s in St. Pete.  Actually, I believe the pizza was the best we have eaten since we left Florida.

We heard about the Parowan cinnamon buns, supposed to be the best, so we were up for the taste test, while they were good, really good, the “best” is still questionable.

While we were there we went to check out Parowan dinosaur tracks.  They were ok, and some were hard to see.  I would not go out of my way to see them, but as they were on the way to anyplace we wanted to go it was an easy stop.

We stayed at some dispersed camping at the petroglyphs site.  While there is a ton of space but man it was the windest, maybe not the windest but certainly the sandiest place we stayed.  The sand blew in and it took us many days to finally get rid of the sand that settled everywhere, even in the refrigerator. We only stayed there 3 nights mostly because we were done seeing the area and we couldn’t take the sandy wind any longer.  While we were only there 3 nights we had decent cell signal.

Remember I said that “close” is relative, well while we were there Hurricane was having Van Fest, so we purchased tickets and went. Afterall it was close only 1 hour and a couple mountain passes away.  So why not.  The funny thing was when pulling back into Hurricane/St. George we felt like we were home.  We knew where everything was and where to go.  The Van Fest was a ton of fun and we got some ideas for any van builds Mike ends up doing and also we met some nice people, who all welcomed us into their tiny homes on wheels to steal some of the ideas.  We even used a few of them in our camper.  After the festival we headed to our laundromat in Hurricane.  It is reasonably priced and super clean and again made us feel like we were at home.  Then we headed back to our home and explained to Eris that she should be glad she didn’t go. 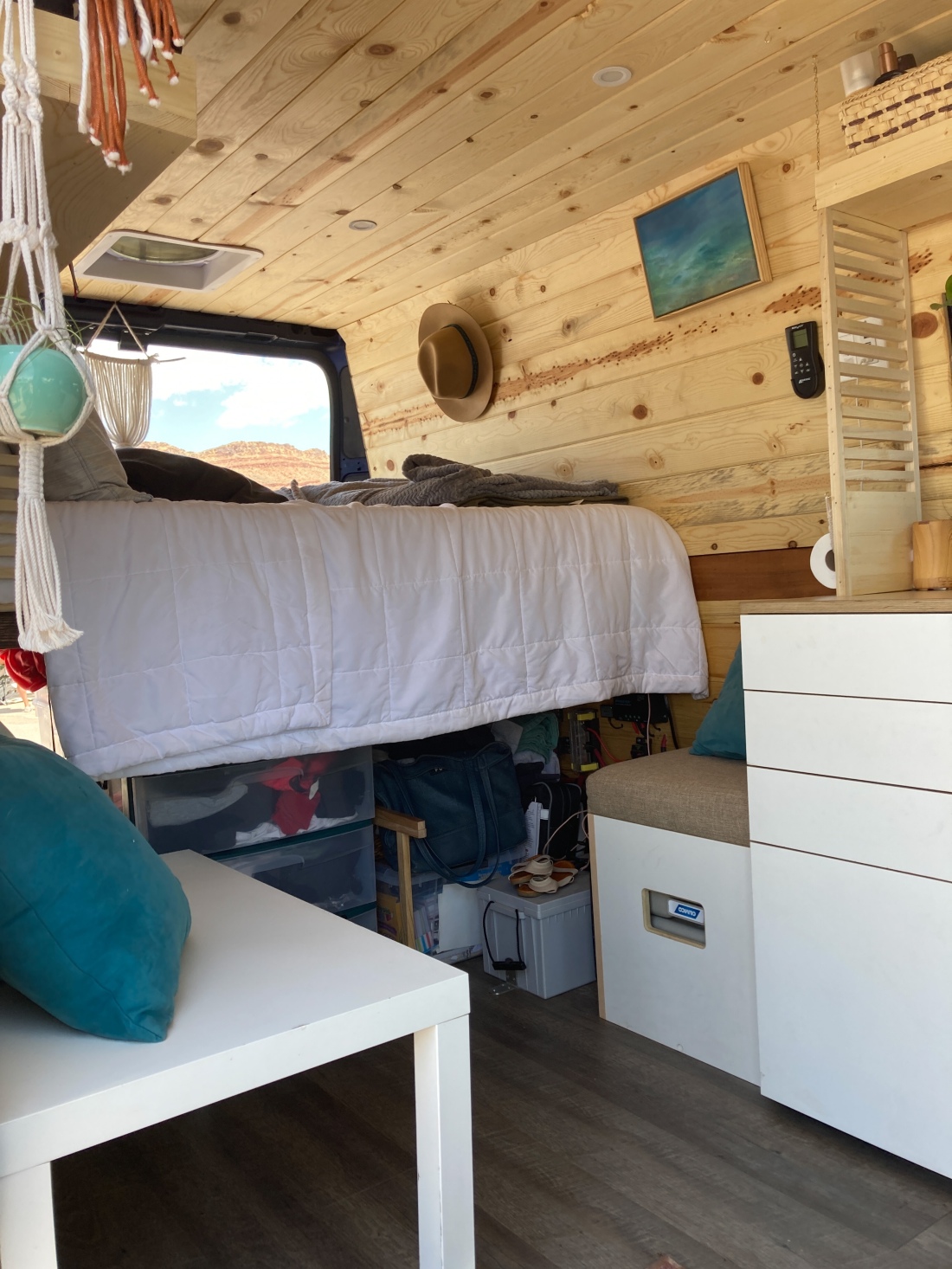 One day we went to Brianhead.  It was still really cold up there.  Nothing was open as the season had ended and summer season had not yet begun.  Anyway, while driving up we pulled off at a trailhead and decided to do the hike there, it was called Hidden Hollow.  The smells of the enormous pine trees and the sound of the wind whipping through the trees instantly transported us back home. At this point in our journey we hadn’t seen tall trees or hardly any trees since Louisiana.  So it was nice for a little change to be out of the desert. 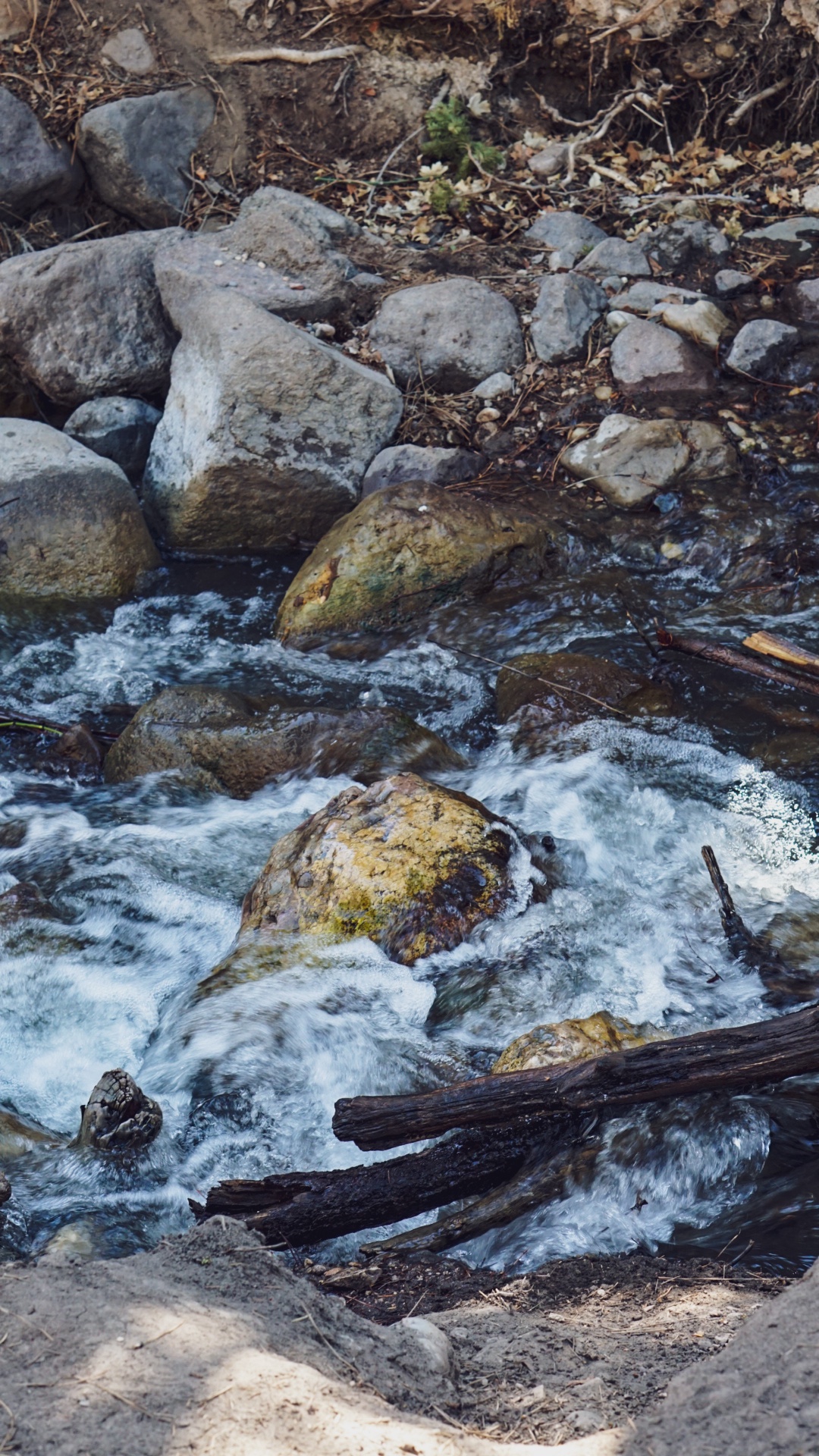 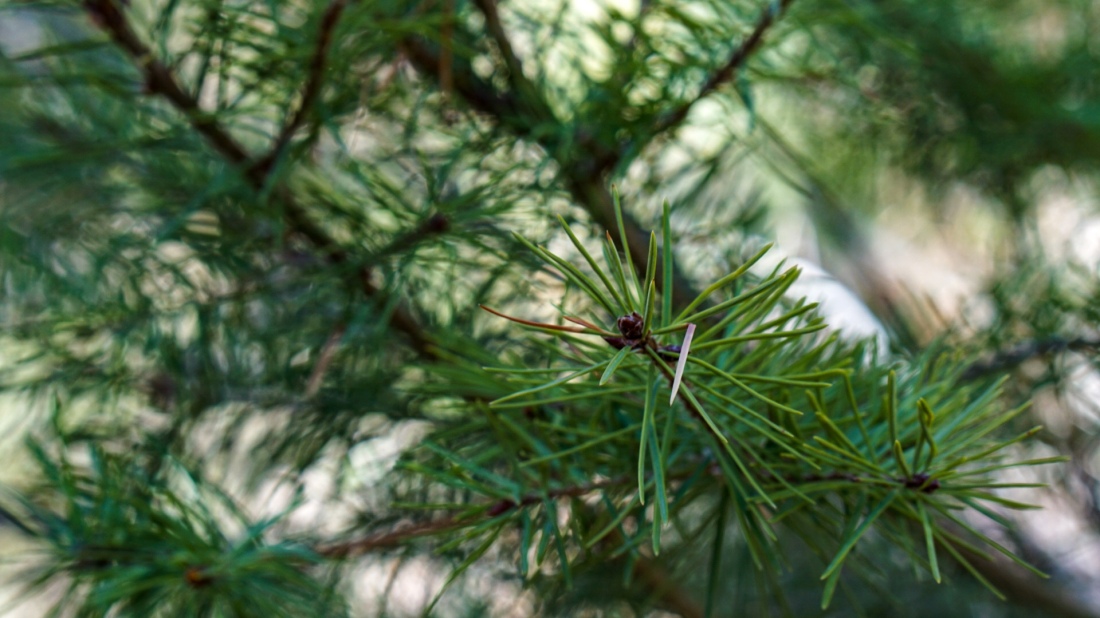 Utah is amazing state with an amazing culture.  Until we were here I was thinking Arizona was our favorite but after spending the time here my thoughts are slowly changing.  There are beehives on all of the road signs, we had no idea what that meant so we decided to look it up.  Apparently, the Honeybee is Utah’s state insect and Utah’s nickname is the beehive state, due to it’s original title of “State of Deseret”, interestingly there are businesses and bookstores called “deseret”.  Deseret means honeybee in the book of Morman, who settled here 172 years ago, long before Utah became a state. The State emblem is also the beehive.  The beehive is a symbol of industry which is the state’s motto.  So that is why there are beehives on everything.

The favorite addition to our camper of the week is adding the accent wall covered in espresso stained wood flooring and the fireplace, tv and shelf.  It made our little home feel more homey.

Come along with us next week as we head to Bryce, which I believe is my favorite National Park so far on our journey west.  I can’t wait to tell you all about and the awesome campsite we had.

Until next week remember to keep exploring, discovering and dreaming,